No one would have guessed when I was born that I would fall in love with winter much less a winter sport.  Growing up in a military family stationed off the coast of Japan I didn’t know what snow was until I was almost 6 years old.  But by the the end of our winter in Vermont I had fallen in love with the white fluffy stuff.  After a short stint in Bennington my family moved across the country to the place I now consider my hometown, Hayward, Wisconsin.

Growing up in the land of cheese curds, musky fishing, and the home of the American Birkebeiner I dabbled in a dozen different sports, and to be honest…  I was not terribly good at any of them.  I was your average youth soccer player, enjoyed softball, a very brief attempt at basketball, lacked the grace needed for figure skating, and spent summer days at the lumberjack bowl logrolling for hours.  After much coaxing I joined the high school running team and was hooked.  I loved racing…however, running loved me back in an unforgiving way and by the end of the season my hip was so bad I couldn’t walk.  The trainers suggested I give skiing a shot to reduce the impact on my joints.  and guess what… I hated it.  I struggled, I fought it, I was miserable all winter and I made sure my coaches knew how much I didn’t enjoy practice day in and day out.  Looking back on that season I’m not sure if anyone could have predicted how much would change in the coming years.

I went and lived abroad in Latvia.  There I had my first informal introduction to biathlon and fell head over heels in love with skiing, running, but above all… adventuring.  I was hooked.  I arrived back in the states excited to train and even more excited to race that upcoming winter.  That fall I would undergo knee surgery, and that winter I would be the state champion and qualify for my first Junior National ski team.

Before biathlon came charging back into my life I moved West to attend Montana State University in Bozeman, Montana.  While in Montana I competed for both the cross country running and ski team.  I was part of a strong bobcat team that stormed NCAAs qualifying, and brought home 8 more All-American Junior National titles. I took my finals, effectively dropped out of school and moved back across the country to the lure of biathlon…. 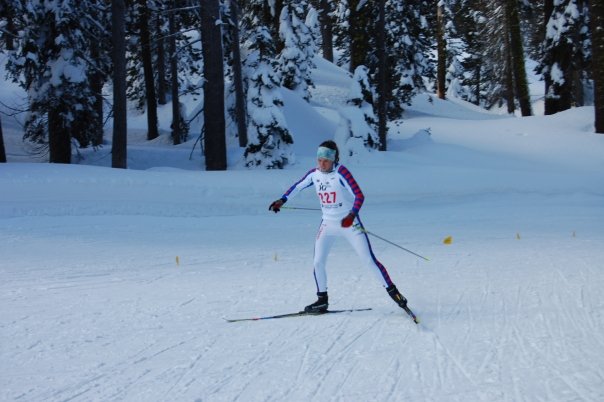 I moved to the Olympic Training Center in Lake Placid, NY, and got fast tracked by my older team mates.  Unfortunately it was easy to forget how much younger I was, the coaches forgot, I forgot, and eventually it took it’s toll on my health.  I was part of a select group that the 2014 Olympic team would be chosen from, but I was ultimately too sick to compete.

Instead I returned to Bozeman, Montana and returned to school.  After three semesters and a winter spent trying new things I graduated in the spring of 2015 with a degree in Health and Human Performance.

While I wait to start up at grad school I can be found helping coordinate and coach the Bridger Biathlon Club and playing in the mountains in and around SouthWest Montana.